Snoring and Sleep Apnea – Is There a Link?

What is Sleep Apnea? 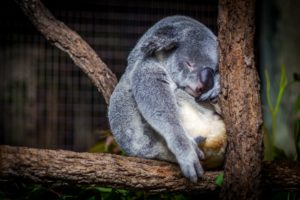 Sleep apnea is a sleep disorder, which is potentially serious, in which a sleeper’s breathing stops and starts continually. It is defined as “breathing stopping entirely for 10 seconds or more” and this breath stoppage can last up to 30 seconds! It may or may not include snoring, however, the most characteristic form is where the sleeper exhibits loud snoring, which is then followed by a period or periods of silence when breathing stops or nearly stops. Naturally, this then wakes the sleeper – known as arousal – although the length of time the sufferer is awake may be tiny and they may not become consciously aware that they have woken. Their quality of sleep, though, is affected.

Sleep apnea does not mean that you have problems with going to, or staying asleep (this is insomnia), it is about problems when you’re asleep and it can affect anyone of any age, including childen. Due to the stoppage in the breathing, your body gets less oxygen than it needs and that reduction in oxygen levels is connected to serious health problems such as heart disease, stroke, high blood pressure, fatigue, general irritability, memory difficulties, weight gain, impotency, headaches, deterioration in your job ability and falling asleep in the day, leading to driving accidents. It has also been linked to symptoms of depression. It becomes significant when the length of time not breathing is longer than 20 seconds or it happens more than 5 times an hour, and anyone who thinks they have it should see their medical adviser.

It can be a dangerous condition because of the health risks, and affects millions of people. Snoring may often be the first sign of this problem, which has led to it being termed the snoring disease because this is one of the symptoms. Snoring is due to a reduced airflow, whereas sleep apnea is a complete, though temporary, obstruction of breathing due to airway blockage. This is obviously more more serious.

This problem can affect anyone but there are certain factors that could increase the risk of developing it. It is more common in men than women and in middle-aged and overweight people. This is because men may be more likely to have narrower air passages than women, and an increase in weight can also lead to narrower air passages. As people get older, their muscles may lose tone (become more floppy) which can lead to blockages in the airway. It can be made worse by smoking and alcohol intake and also by taking sleeping tablets.

How Do I Know I have It?

If you snore and you also find that you are excessively tired during the day, maybe falling asleep at work, or while talking to someone, or find it hard to stay awake while driving, then you should consider getting investigated for sleep apnea. Some other symptoms include not waking up refreshed after your night’s sleep, or being woken up by choking spells during the night, or because you are gasping for air. Sometimes it is a sleeping partner who notices this, as the sufferer may not remember this in the morning.

Sleep apnea is treatable but must first be diagnosed. Many hospitals now have sleep apnea clinics, to which your doctor can refer you. There are two types of sleep apnea. The first, which is called central sleep apnea, is fairly rare and is caused by a problem in the brain. This is less likely to be accompanied by snoring. The second, termed obstructive sleep apnea, as its name suggests, is caused by an obstruction. This is more likely to also cause snoring. It is possible to suffer from both.

Some simple remedies that may help you stop snoring and reduce the problem of sleep apnea are to lose weight, reduce or stop alcohol intake, sleep on your side and sleep with the head raised a bit more than usual (maybe another pillow). Stopping smoking, while not simple, may also help.